HIGH POINT, NC — WithIt presented its 2016 WOW Awards during a dinner and reception event on Friday, April 15 in High Point. The annual WOW Awards honor the achievements of home and furnishings professionals and businesses that embody the organization’s mission.

WithIt’s WOW Awards is the only industry-wide program dedicated to the specific accomplishments of women and the companies that support women in home and furnishings industries. Honorees recognized at the event were:

The 2016 WOW Awards were made possible through the generous support of International Market Centers. The awards were presented during a gala event with record attendance in IHFC’s International Ballroom, which had been transformed into a spring garden theme led by renowned interior designer Gary Inman. Students from High Point University and the North Carolina State College of Textiles assisted with decorating and attended the dinner. 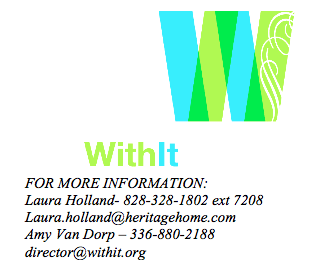 WithIt was formed in 1997 for women in the home and furnishings industries in order to support their multi-dimensional career paths. The non-profit network is based in North Carolina and supported by leading companies across the industry including their platinum sponsors International Market Centers and Heritage Home Group. WithIt’s purpose is to encourage and develop leadership, mentoring, education and networking opportunities for professional women in the home and furnishings industries.