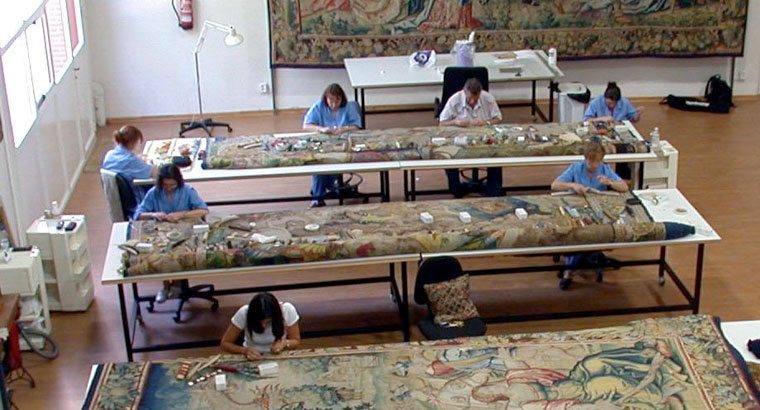 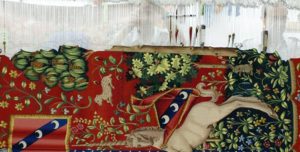 Weaving tapestries since 1720, The Royal Tapestry Factory (Real Fábrica de Tapices de Santa Bárbara), was close to shutting down, when a 32 tapestry order came in from the German regional government of Saxony.  The order, a series destined for

the Dresden Palace in eastern Germany, is set to bring 1.2 million euros ($1.34 million) to the coffers of the Royal Factory, an income twice as large as the original estimate in 2016.

The market for hand-woven tapestries and rugs plummeted in 2008 during Spain’s financial crisis, with key clients like the government crippled by spending cuts.  The German order coupled with an increase subsidy from the Spanish government funded back salaries.  A restructuring of bank debt and a focus on international sales also helped turn around the business.

Now, with rekindled awareness of The Royal Factory, There are additional orders.  Among the newest clients are the magnificent Mosque-Cathedral of Cordoba, in the southern Spanish region of Andalusia, and the Romanesque-Gothic cathedral of Sigüenza, in the province of Guadalajara, northeast of Madrid.  Valencia’s cathedral also turned to the factory’s services for the restoration of a seventeenth-century tapestry belonging to the “Patriarch” collection. But most of the factory’s customers are foreign, with many stemming from countries such as Russia, Lebanon, Qatar or the United Arab Emirates.

The factory was founded by Philip V after Spain lost its Belgian territories, and their tapestry workshops, as a result of the Peace of Utrecht. The factory was one of a number of mercantilist initiatives undertaken in the eighteenth century in the Madrid area to supply luxury goods. 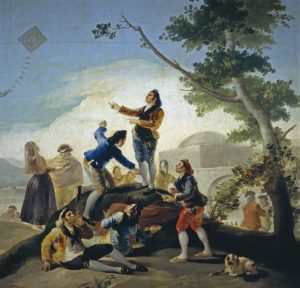 The Factory owns a collection of tapestry cartoons by Spanish artists such as Goya. The workshop is where Francisco Goya started out, producing 63 oil-painted cartoons, many of which now hang in the Prado Museum. Some of the factory’s most pre-eminent cartoon designers also include Juan Gris (1887-1927) and Vaquero Turcios (1933-2010), whose sketches the factory’s master weavers traced and copied by hand, thread by thread, to produce these palatial works of art.

Delos’s Heartland Collection Made in America

Delos’s Heartland Collection Made in America