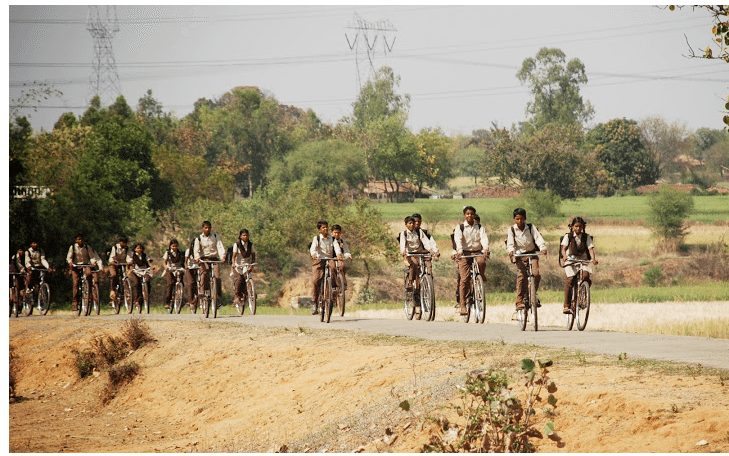 Project Mala helps lower caste children in the traditional carpet belt in the Mirzapur/Bhadohi district near the holy city of Varanasi in Uttar Pradesh, India, reach their full potential by providing quality education.  Soni is one such child who is benefiting. 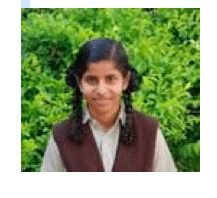 Soni was enrolled in Project Mala’s primary school at Hasra.  Soni, a quiet and throughtful girl, wanted to make the most of her opportunity at school.  She worked hard and passed to attend our Patehra Middle School, which is 10 kilometers (6.2 miles) from her home.  She traveled the 20 kilometers (12.4 miles) each day by bicycle (provided by Mala) for three years, then in April 2016 she passed the entrance test to join the Project Mala Secondary School at Guria. 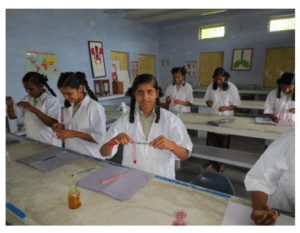 Soni comes from a very poor family.  Her father died when she was 3 years old.  Her family were supported by her grandfather until August 2015 when he also died.  Now her mother alone supports the family, including the grandmother, by doing agricultural work.  They all live together in a mud house and draw drinking water from the community hand pump.  Fortunately for Soni, Mala Secondary School is a boarding school where she has all meals provided and only goes home on alternate weekends.

Soni is not the brightest in this elite group, but she is working hard at her studies and has ambitions to be a doctor.  If she succeeds in this, she will do well.  In any case, Soni will come out of our secondary school with a good education and her prospects for a better life for her and her family will be greatly enhanced.

Project Mala seeks out working children in remote villages of eastern Uttar Pradesh, India and gives them quality education in four R’s reading, writing, arithmetic and respect.  Respect for others and the environment as well as self-respect in personal hygiene good manners.

We are governed by the National Institute of Open Schooling who provide certification at grade five level and grade eight level so children passing out can progress into further education.  In addition we also provide some training in life sciences cooking, gardening, sewing etc. in order for them to make the most of their lives within the primitive environment of their rural village.

NOTE:  Project Mala is currently supported by the following rug manufacturers and retailers doing business in the  US:  Obeetee Private Ltd, Surya, ABC Carpet & Home. Obeetee has been involved since the inception.