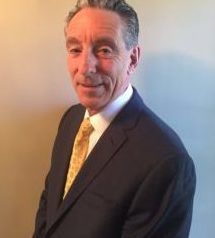 Steve Codella joined Prestige Mills on Thursday, November 16th as National Vice President of Sales, according to Peter Feldman, Prestige. Steve has been active in the carpet & rug industry for over 30 years. Prior to joining Prestige, Steve spent 8 years in the late ’90’s as Territory Manager for Karastan in New York City and surrounding counties. In 2000, he joined Couristan as Eastern Regional Sales Manager where he advanced to Senior VP of Sales and in 2013, he was named Executive Vice President of Sales.

David Kraus will remain in his current position. Peter Feldman said, “We believe together Steve, David and Taylor van der Mandele will be able to help take Prestige and Stark Studio Rugs to the next level.”