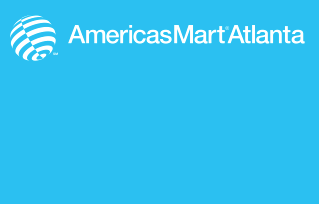 “A showing of this strength in a competition of global importance is not only an historic first for AmericasMart but–more importantly—a testimony to the talent, commitment, vision and hard work of those who lead the sales charge in these rapidly-expanding markets,” says Jeffrey L. Portman, Sr., AmericasMart Atlanta vice chairman, president and chief operating officer.

Together with TSE’s annual Gold 100 honors, Fastest 50 recognition is among the most coveted in the trade show industry. The June Atlanta Apparel Market is the inaugural winner of the Fastest 50 Next 50 Grand Award.

ABOUT AMERICASMART
AmericasMart Atlanta is the nation’s only global wholesale marketplace housing the world’s single-largest collection of home, gift, area rug and apparel merchandise. The largest of AmericasMart’s 16 annual Markets and shows, The Atlanta International Gift & Home Furnishings Market and The Atlanta International Area Rug Market in January and July are the ignition switch for global retailing with buyers from every U.S. state and as many as 70 countries discovering product in more than 1,500 showrooms and more than 3,000 temporary exhibiting companies. ICON HONORS, the home and gift industry’s most celebrated recognition program, is produced and staged annually by AmericasMart.

Located in downtown Atlanta, the AmericasMart complex contains more than 7.2 million square feet of space. It’s a huge global stage on which manufacturers, designers and sales representatives unveil new lines, launch new designs and introduce new categories – all for the benefit of buyers seeking all that is fresh and first in the home, rug, gift and apparel arenas. For more information, please visit www.AmericasMart.com. Follow us @AmericasMartATL or @AtlantaApparel.

Kathleen Bingham - May 21, 2020
Nourison ended 3 days of  "market"  presentations with a virtual cocktail party.  It was different.  No booze.  No hors d'oeuvres.  But it kinda worked....
Advertisement